By Zak Caring for Yourself ,&nbspPractical Dad Skills 8 Comments

I have always struggled to get into regular exercise habits. I start up, get into a really good pattern for 3-4 months, and then something happens like falling sick or going on holiday, where I stop working out for 1-2 weeks. After this, it takes me a good few months to get back into a routine before the same cycle occurs again. In fact, once my wife fell pregnant, I again attempted to get into a good routine with the hopes it would continue once baby arrived. I even managed to break my old cycles and workout for a solid 6-7 months, 4 days a week for a little over an hour each morning. I also started to see some physical results of my training (as well as an increase in strength and stamina).

But then once baby arrived, all of my intentions to workout disappeared along with my sleep and free time. Since then, I have made a number of attempts to get back into working out, and admittedly none of them have succeeded! But I have developed some other good habits that I hope will lay a solid foundation to being able to workout with a baby. 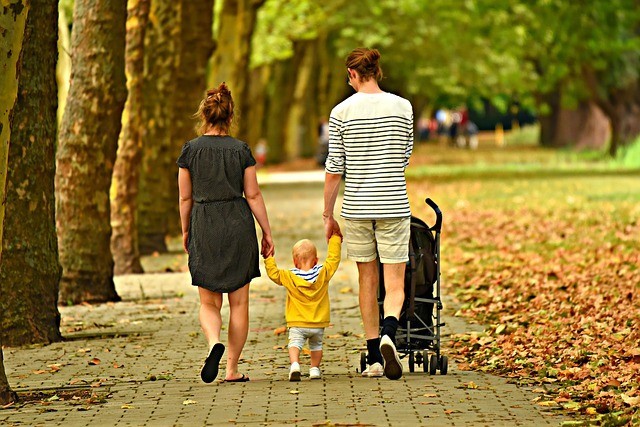 Month One and Two

Being honest, the first 2 months were pretty much a write off. With baby’s sleep cycle being every 2-4 hours, it made it pretty much impossible to find any sleep let alone start a new workout routine. Plus I was still figuring out the whole fathering gig, and then by month two I was back at work again so time was also at a premium.

So I didn’t work out…at all. I mean I had to do a lot of jogging back and forth in the house while trying to settle my daughter (and I even got a few squats and lunges in), but anything that resembled my previous routine just didn’t exist. The best I could do was try to eat well, and get some sleep where possible. And that was OK. You see, I just went through a drastic change in my life and was still adjusting, so if you are in a similar situation then go easy on yourself. The first two months are the hardest of all, so get through it and then get started on your routine after this. 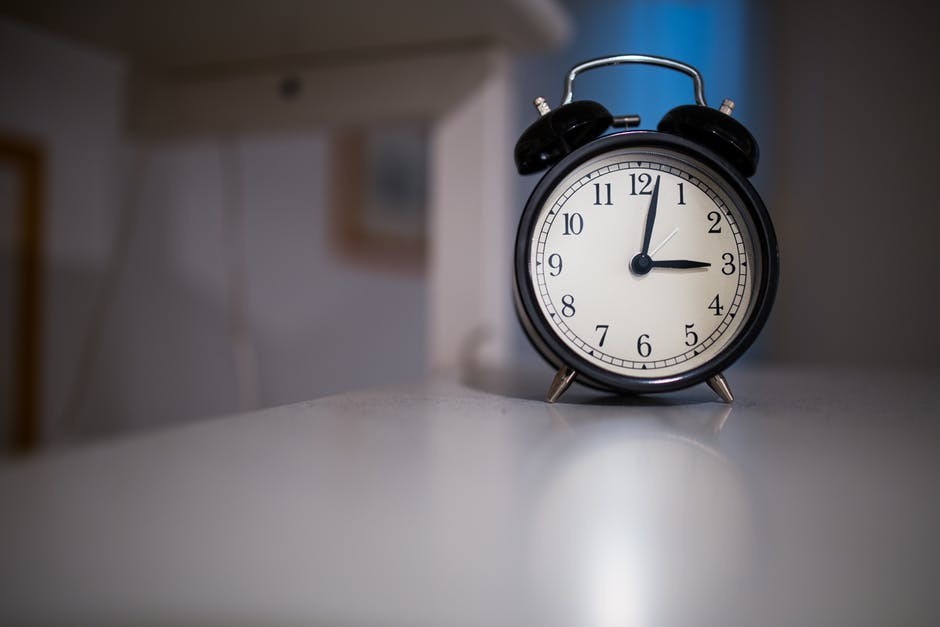 In my situation, my daughters sleep started to become more consistent at this time, so it made it easier to try to get back into exercise. I didn’t actually do any exercise, but it was technically easier now to get back into it! While I didn’t exercise, now that I was starting to sleep better I was making a conscious effort at home to do some ‘incidental’ exercises while I was holding my daughter (doing my lunges not just for the purpose of settling my daughter).

I was also trying to get back into my old wake up routine, and was trying to get up from 5am onward since this was the time I used to do my morning exercises. This part wasn’t too hard as my daughter was an early riser and would wake around 5am, but this also meant I spent my mornings entertaining her rather than doing any exercise. Because of my early wake ups however, I began a bad habit of drinking energy drinks which gave me an unnecessary amount of sugar early in the morning. 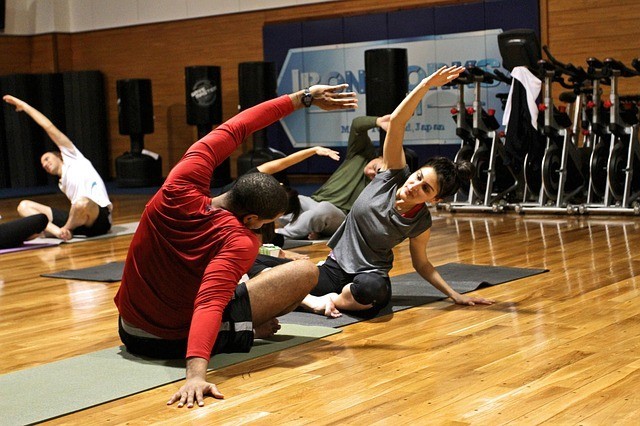 This is where consistency started to come back for us, as our daughters sleep became quite structured at this point and has stayed relatively stable since (aside from any regressions/development leaps and sickness). I used this opportunity to push my wake up time to 4:30am, giving me at least 1hr before having to start prepping the morning routine for my daughter.

It was at this time that I started to get back into exercise. I set myself some workout goals, I started off light so as not to injure myself, and heavily focused on stretching and warming up. I had 2 main barriers thought at this time.

So on average, I woke up at 4:30am about 3 days a week, of which I exercised once a week. It wasn’t much but it was progress. I also started trying to exercise with baby and my wife, watching routines on YouTube and completing them together. However, my daughter wasn’t a fan of us exercising and this didn’t continue for very long! 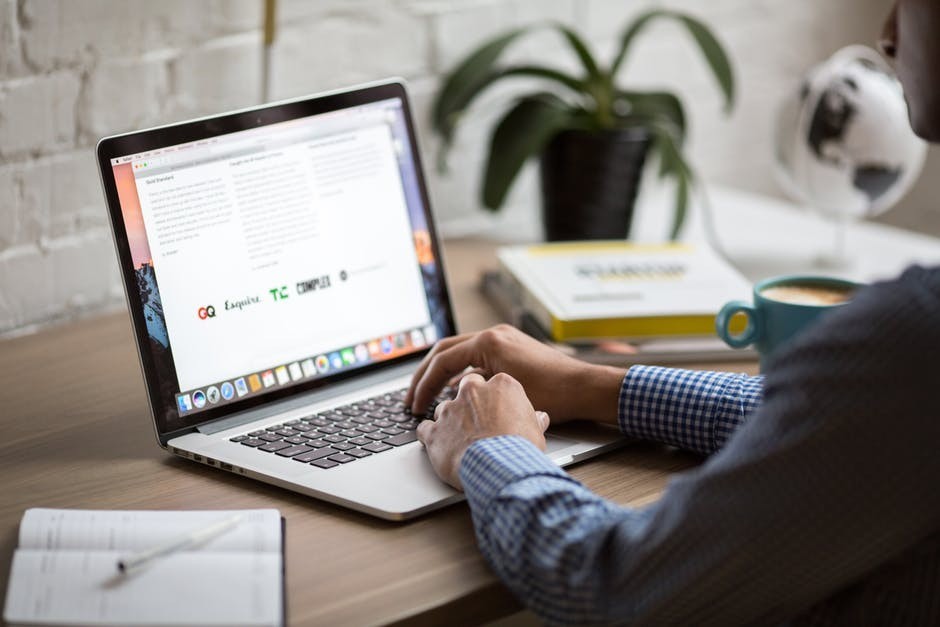 With my daughters routine mostly settled (other than illness and regressions/developmental leaps), the last 6 months was consistent enough for me to actually get into a good routine. And with all the groundwork laid in the previous 2 months, you would think that I would capitalise on that and make exercise a more consistent thing. But I didn’t. And mostly, I would say that it was my fault for procrastinating or doing other tasks. Tasks that were still important (like chores, which I probably could have done the night before) but not the purpose of me waking at 4:30am. I also fell ill on and off during this period, which made it tough to get back into exercise properly.

But although I didn’t get back into my workouts, I was able to maintain my early wake ups (except for when I was ill), continue to eat healthy (well healthy enough, the last 2 months has seen an increase in junk food), and still did my stretches/warm up in the morning. I also replaced Instagram surfing with writing up these posts and researching/learning new things, which isn’t anything to do with exercise but it has meant that I keep doing something productive with my time. 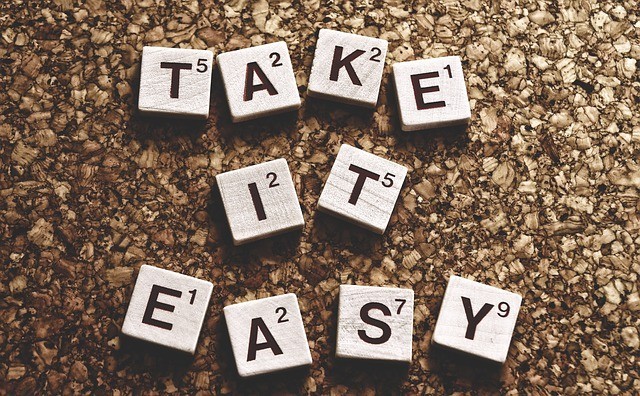 Go Easy On Yourself – The First Year Is The Toughest

My journey back into exercise hasn’t been a raving success this first year, I have kept my dad bod and other than stretching I haven’t done a serious workout in the last 6 months. But that’s OK, because I have a baby now, and I have been trying to figure out how to adjust my lifestyle to fit into this baby’s needs, and that is an ongoing challenge for me.

But what I have done is set up some good habits, and become more aware of my goals and what I am aiming for. As we are about to cross over the one-year mark, I can use the foundations that I have set to be able to get back into a workout routine, knowing also that my daughters routines are becoming less erratic (let’s hope I don’t eat these words one-year from now!)

So go easy on yourself, your first baby is a shock to the system and you’re still figuring it all out. So take your time to focus on the good habits that won’t take up much time, so when you are ready to workout it won’t be so difficult. If you have better willpower than me, you could probably start getting back into a solid routine at around 6 months, but if you are more like me, then see the goal as a journey, and make sure each step you’re taking is one step closer to your exercise goals.

Did you try to get back into exercise in the first 12 months of having a baby? What did you try? Let us know your experience in the comments below!

Any advice in this post is general in nature. Please seek professional advice if you require support specific to your needs

I've now got 1 year experience as a father and I'm still finding my way through fatherhood. I'm a registered Psychologist, and you would think this would help me in my fatherhood journey. But realistically nothing can prepare you completely so I'm just trying to figure it all out as I go.
Check out my socials through the links below!

This is a really inspiring post, I love how dedicated you are. I know from experience that working out the first year after having a baby can be so challenging, seeing as everything feels like a chore at first.

I also know from experience that working out in the first year is critical for maintaining good mental health. As a new mom I suffered from postpartum depression and although working out was the last thing I wanted to do (thank heavens my husband helped push me to go) it saved my mental state.

Thank you for the awesome post, good luck and good job on your fitness journey!

Thanks for sharing your journey Madysen, fitness is often the last thing on our mind especially in that first year, but your right about it being important for our mental health!

Thanks for a great read Zak!

This story is very close to my own experiences, so I can relate. My son just turned 2 and it’s still difficult to find time to exercise. I think the right mentality is to exercise whenever you get the opportunity and otherwise not to stress about it.

I have found out, that one of the best ways to get exercise with a baby, or a toddler, is to get a stroller that is good for pushing while jogging. So if you want to make your baby sleep, give your wife some time to relax, and get a nice exercise, all at the same time, just put your baby in the stroller and go jogging! For me, it worked every time. Even if my son would not fall asleep right away, he would be happy to look at the changing scenery.

All the best,
Joonas

Glad you enjoyed the read Joonas! Once summer comes back where I live I’ll hopefully be able to go on more strolls again, but now my daughter has turned 1 she prefers to be out of the stroller and roaming around herself! Hopefully she can give me 15mins at least on the stroller!

Hey Zak,
Every dad, if he takes time out of his busy life to reflect upon his fatherhood, can learn ways to become an even better dad – This is exactly what has happened to you. You have become a better dad in the last 1 year and I think you are going to be great dad Zak in the years to come.
Not just that, I like your passion and determination to stay fit, even if it is working once a week. It’s truly is an inspiring post which every young dad should read. Looking forward for more such posts.

Glad you enjoyed the post Satish. Reflection is how we learn and grow, so I encourage everyone to take the time to reflect!

You sounds like a wonderful daddy. My daughter is almost 3 months, and this mama has not been able to do much but walk in the evenings. It’s s hot in Florida even that is sometimes tough. I have totally done the lunges and squats while soothing my babygirl. The first year is the toughest, but it’s so special.

It is a tough year that’s for sure! Once winter hit for us our walks were over unfortunately, but now that my daughter is walking I’m once again back to pacing the house back and forth, with my daughter leading the way!